According to the American Dental Association, more than 200,000 oral injuries are prevented annually in the United States by sports mouthguards. Unfortunately, the National Youth Sports Foundation estimates that more than 5 million teeth will be knocked out in sporting activities this year. These oral traumas will happen to children, high school and college level athletes. In fact, dental injuries are the most common type of orofacial injury sustained during participation in sports.

Not All Sports Mouthguards Are Created Equal 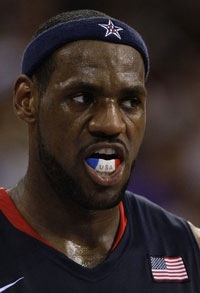 Comparing dentist-fitted multi-laminated sports mouthguards with stock or “boil and bite” type mouthguards, typically found in sporting goods stores, reveals significant differences. “Boil and bite” type mouthguards do not fit as accuratelyas custom fabricated types, so they often go unworn because they’re uncomfortable and frequently interfere with the athlete’s breathing and speaking ability. They may also give a false sense of protection due to the dramatic decrease in thickness when the athlete bites it into place during its softened state. Custom fitted mouthguards, however, have been shown to be far more effective than those offered in sporting goods stores.

Invented in 1982, PLAYSAFE has become the top choice in custom fabricated mouthguards for athletes in Europe, Australia, and the United States. PLAYSAFE mouthguards are specifically designed for different levels of sports and come in a variety of colors.

Smile! You’re about to discover how you can have the perfect smile you’ve always dreamed of. Our office specializes in cosmetic dentistry. We believe every cosmetic work starts with healthy teeth and gums. Therefore, you will look and feel your best.

Take Control of Your Oral Health

Our team of friendly and caring professionals is trained in the latest techniques to ensure the highest quality care. We use the latest technology to improve your smile easily and comfortably. We treat each of our patients with compassion and understanding. Our gentle hands and caring hearts will make you feel at ease.